Many patients come to us after seeing their primary care physician, who only offered drugs for their symptoms. But drugs do not work well on neurological problems. That’s because the root cause often lies in the brain.

“People who come to us have tried many other methods and are fed up. The best part is that our system eliminates the guesswork and provides an accurate snapshot of brain issues. Then we can target those problem areas using neurofeedback. 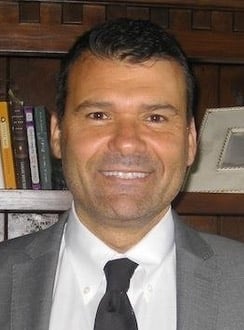 Dr. Joseph Shoshana is a licensed clinical psychologist in private practice in Arlington Heights and Buffalo Grove. He has worked throughout the north and northwest suburbs of Chicago for the last 20 years treating adolescents and their families, adults and couples confronting a wide range of issues.

Dr. Shoshana provided trauma counseling and treated children and their families on lockdown in Tel Aviv during the first Gulf War, as well as in the University of Chicago Medical Center, Chicago Read State Mental Hospital, the North Suburban Jewish Children’s Bureau and Josselyn Center for Mental Health.

Dr. Shoshana has lectured widely on such topics as diagnosis and treatment of Attention Deficit Disorder, and was a featured expert for ADHD on the NBC show “Starting Over.” He has also lectured on treatment of mood disorders, and multicultural psychology.

Dr. Shoshana uses effective and common sense solutions to mental health issues. He also incorporates neurofeedback in his treatment of anxiety, ADHD, depression, and PTSD as he addresses the role of brain physiology in impacting the mind.

Our system is approved by the Food and Drug Administration. In fact, the FDA recognizes that neurofeedback has NEVER produced a serious side effect since it was first discovered over 40 years ago. There are also thousands of research articles and personal testimonials that prove it effectiveness.

Learn more about this groundbreaking system and how it can help you!

See inside the brain and accurately identify issues! Learn how this process works.

Watch videos from patients who have had success with neurofeedback.

Professional research and case studies for most neurological conditions

Call or message us now to start your FREE evaluation and consult.